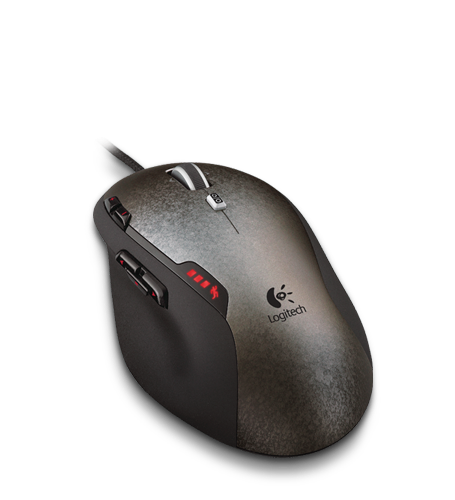 I recently bought a Logitech G500 mouse and when I took it out of the packaging I noticed that it had a quite noticeable rattle (as if something was loose inside). Once I plugged it in, I realised something was wrong as the tracking was really bad (the movement was very jerky when I stopped moving the mouse). Also, shaking the mouse above the mouse mat made the cursor move.

I opened up the mouse (you need to remove the feet and there is another screw under the G500 sticker) and immediately realised that the lens in front of the laser was loose. The way it was mounted to the mouse was a very poor design in that it was essentially just floating in place.

I used a drop of superglue (cyanoacrylate) to firmly fix the lens and then tested the mouse - everything seemed to work great!

The next morning the scroll wheel stopped working. On investigation, as the superglue dried, it released fumes that had fogged up the optical mechanism that tracks the scroll wheel.

I returned the mouse to the vendor and then got a new one. The new one also had a loose lens with the same rattle and poor tracking symptoms. Either I had a bad batch, or this was a common problem. A bit of Googling and it turns out that this is a common problem (example thread below).

Rather than return the second faulty mouse, I decided to fix it with a less volatile glue (hot glue) and now it works perfectly.

If you get a mouse with this problem - it's probably best to just fix it... since your replacement mouse will probably have the same problem.

Keep the following tips in mind: